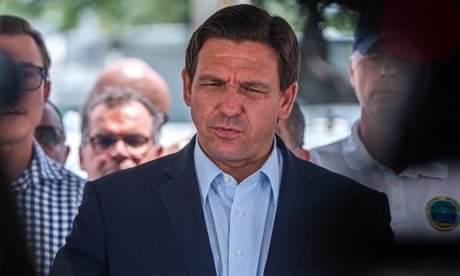 Florida officials have arrested and charged 20 people with felony convictions and charged them with illegal voting, Florida governor Ron DeSantis said on Thursday, a move designed to show the muscle of a new office tasked with policing voting in the state.

After Florida voters lifted the lifetime voting ban for people with most felonies, Florida lawmakers passed a measure that made it enormously difficult for people to figure out if they could vote again. In litigation challenging that measure, Florida election officials testified that they would regularly monitor the voting rolls to flag people who were ineligible, Bowie noted.