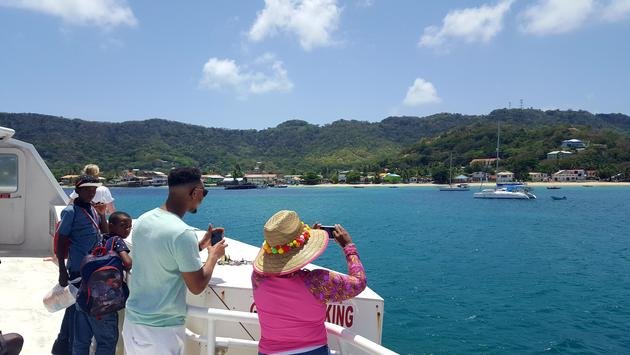 The event will feature top international men's and women's rugby 7s teams competing in two days of matches during a week of activities, say organizers.

The 30 year-old tournament will be held in Grenada for the first time following a two-year suspension due to the global pandemic, said Brian Stollmeyer, general manager, in a statement.

"We are intentionally building out sports tourism as one of our planks of growth, so to host this very prestigious tournament is a major win for Grenada," said Petra Roach, CEO of the Grenada Tourism Authority (GTA).

"This new sport to our island speaks to this idea of constant change," added Lennox Andrews, Grenada's minister with responsibility for tourism. Andrews replaced Dr. Clarice Modeste-Curwen as the country's tourism minister following the June election of Dickon Mitchell as prime minister.

The event additionally "demonstrates the importance of tourism to our economy," said Andrews, "given its contribution to hotels and restaurants [and] its strong linkages with agriculture, music, the creative industry, and of course with sport."

Originating in Trinidad in the 1980s before moving to Tobago in 2011 and to Barbados in 2016. The tournament is historically among the sport's most popular international events, particularly for its women's divisions, Stollmeyer said, and "take(s) precedence over the men's divisions" in terms of prestige and tournament prize money.

"In addition to world-class rugby matches, the 2022 GRW7 [aim] to showcase a sample of Grenadian culture including local music, arts and craft stalls [and] culinary delights," he added.

"We see this as the perfect opportunity for the general public to get to know more about the sport and to come and see for themselves the inclusive rugby spirit."