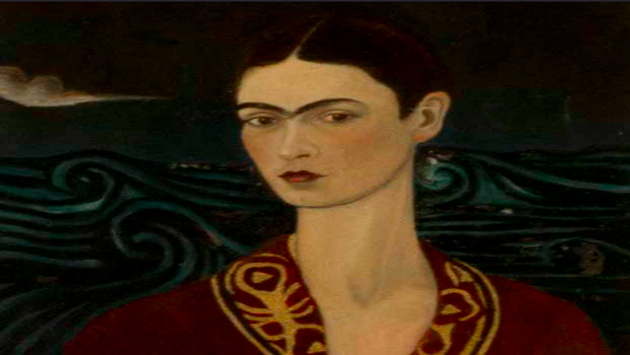 Mexico has a wide variety of museums, many of them dedicated to showcasing the splendor of its ancient and colonial history, others focused on contemporary art, as well as those that preserve the work of internationally recognized Mexican artists, such as Frida Kahlo and Diego Rivera, among others.

Here are some of the most highly recommended ones located in different parts of the country.

Considered the most important in the country for its extensive archeological and ethnographic content, this museum has 22 exhibition halls in which it pays homage to the native peoples of Mexico with an extensive sample of their traditions, artistic and religious expressions, as well as their great ancestral knowledge that is a heritage of humanity.

The main hall is dedicated to Aztec culture and features priceless archeological pieces that show the splendor of this civilization. The impressive Piedra del Sol or Aztec Calendar stand out, as well as other giant monoliths with which the Aztecs worshipped their gods. In addition, the visitor can admire the works in stone dedicated to TlÃ¡loc (god of rain), EhÃ©catl (god of wind), and Coatlicue (mother of all gods), among many others.

Also known as La Casa Azul (The Blue House), this museum was the family home of Frida Kahlo and was later shared with her husband Diego Rivera. The interior and gardens of the place are personal objects and paintings of the artists, as well as a very interesting collection of works of popular Mexican art, as well as pre-Columbian sculptures, photographs, books, and furniture that Frida used for the creation of his most important works.

In the "Artist's Room," the visitor knows the famous bed where Frida lived while recovering from a strong accident that kept her motionless for nine months. In addition, in the "Studio" of the house is the easel that Nelson Rockefeller gave to Frida, as well as the crutches, corsets, and medicines that show the painter's pains.

When visiting the house, the visitor also has the opportunity to know the great collection of works of popular culture of Frida, among which stand out traditional toys, dresses, and jewelry. In "La Cocina," designed in the Mexican style, visitors can learn more about the daily life of Frida Kahlo, the emblem of Mexico in the world.

Guanajuato is where the artist Diego Rivera was born and this museum displays a fine collection of Diego's works. In the "Nudes and Drawings" room, there is a self-portrait, nudes of Frida Kahlo and Dolores Olmedo, another great Mexican artist, also highlighting classic works by Rivera such as "La Maestra Rural", "Zapata", and "El NiÃ±o en Rojo", among others.

In the room "Paricutin," a series of watercolors and inks that Diego made during the eruption of the Paricutin volcano, in the state of MichoacÃ¡n, is permanently exposed. However, one of the most important works exhibited is "Dream of a Sunday Afternoon at the Alameda," whose original is located in Mexico City. To all this, the place features many photographs of the artist Frida Kahlo.

Located in the downtown of Puebla, about 100 miles from Mexico City, this museum contains a valuable collection of ancient Mexican art, as well as from the time of the Spanish Colony, which the city of Puebla had an enormous influence.

It presents a permanent program of national and international temporary exhibitions, as well as an extensive program of academic, artistic, and educational activities for the whole family. His exhibitions focus on topics such as archeology, history, contemporary art, architecture, and design. It is worth mentioning that the building where it is located is of great historical value because it was built in 1538 as the first hospital in the city of Puebla.

Located in the city of Zacatecas, an hour and a half from Mexico City by plane, this museum is located in the former Convent of San Francisco (16th century), from where the missions that colonized and evangelized northern Mexico came out, this museum was created in honor of the painter Rafael Coronel and contains the most important works of the artist.

It has a collection of more than 16,000 pieces including masks, drawings, pots, terracottas, pre-Hispanic objects, puppets, paintings, crafts, musical instruments, and colonial furniture. It also features works by Diego Rivera, among which is the study of the self-portrait of "Diego NiÃ±o," for the mural "Dream of a Sunday Afternoon in the Central Alameda."

Museum MARCO in Monterrey is internationally recognized for presenting the best exhibitions of contemporary artists from Mexico and Latin America in the different spaces of its 11 exhibition halls. In addition to the plastic arts, MARCO carries out activities in literature, music, film, video, and dance.

More than a thousand artists have exhibited in the rooms of MARCO, but one of the most attractive things about this place is that it links the content of its exhibitions with activities for its visitors, which includes school visits and cultural support for teachers of all levels. Each year it offers more than 140 courses focused on painting, sculpture, photography, cinema, theater, and design. This museum welcomes visitors with a giant sculpture of "La Paloma", created in bronze by the Mexican artist Juan Soriano, one of the most recognized creators of the country.

This museum, known as CECUT, is located less than two miles from the border with the United States. It concentrates on the widest and most diverse cultural offer of the northwest region of Mexico and presents diverse artistic manifestations ranging from traditional to contemporary culture.

The museum has the following rooms: IMAX dome, Museum of the Californias, Show Room, The Cube (three rooms of international standards), Temporary Exhibition Rooms, Cineteca, Aquarium, and Rehearsal Rooms, among others. The mission of the Tijuana Cultural Center is to disseminate, promote and preserve the cultural goods and services of the Mexican population in Southern California, which is very interesting for visitors, especially from the U.S.

For the latest travel news, updates and deals, subscribe to the daily TravelPulse newsletter.