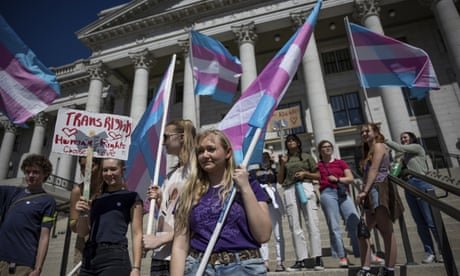 The revelation comes as at least 12 Republican-led states, including Utah, have passed laws banning transgender women or girls in sports. Supporters of the bans say transgender girls have an unfair advantage because they have stronger bodies and could deny girls places on sports teams.

There have been almost no cases of competitive advantages in K-12 sports in states passing the bans, including Utah. The ban is being challenged in state court.

In a lawsuit, three transgender girls and their parents claim the outright ban passed by the Republican-majority Utah legislature wrongly keeps their children from participating in sports. Their attorneys argue it violates provisions of the state constitution that prohibit discrimination and guarantee equal rights and due process.